We have flown twice just the three of us: Liam, Mika and I. Every time I get several times the same question “are you flying alone?” yes, I’m flying alone with a baby and a toddler. Then I get THE look “OMG, you must be crazy!”. Well, I’m not crazy, but there’re two choices, either I fly with the two little ones without Paul and visit my family or have some holidays, or I stay at home. But how is flying alone with a baby and a toddler? 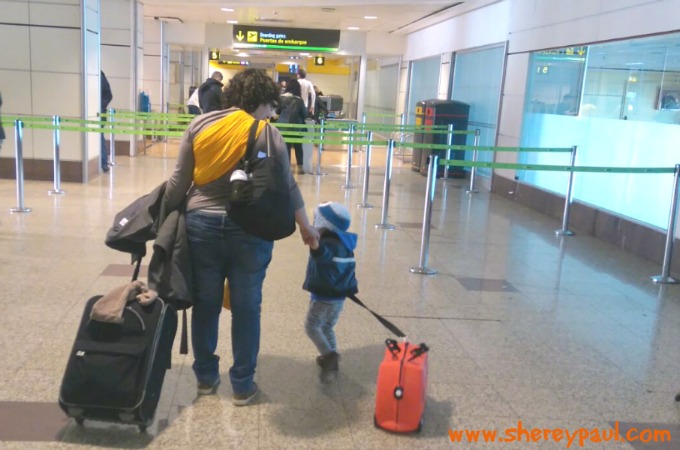 For our first flight, we got what I call the jackpot: 3 hours delay! Until the moment of boarding everything went very smooth: I breastfeed Mika just before leaving home, he sleept on the ride from home to the airport and even after I put him in the ringsling, he was still sleeping. The security let me go through without taking him out of it and Liam was happy walking with his suitcase to the (right) gate. Too good to be true, right? Just 15 min before boarding the time was changed to almost three hours later 🙁 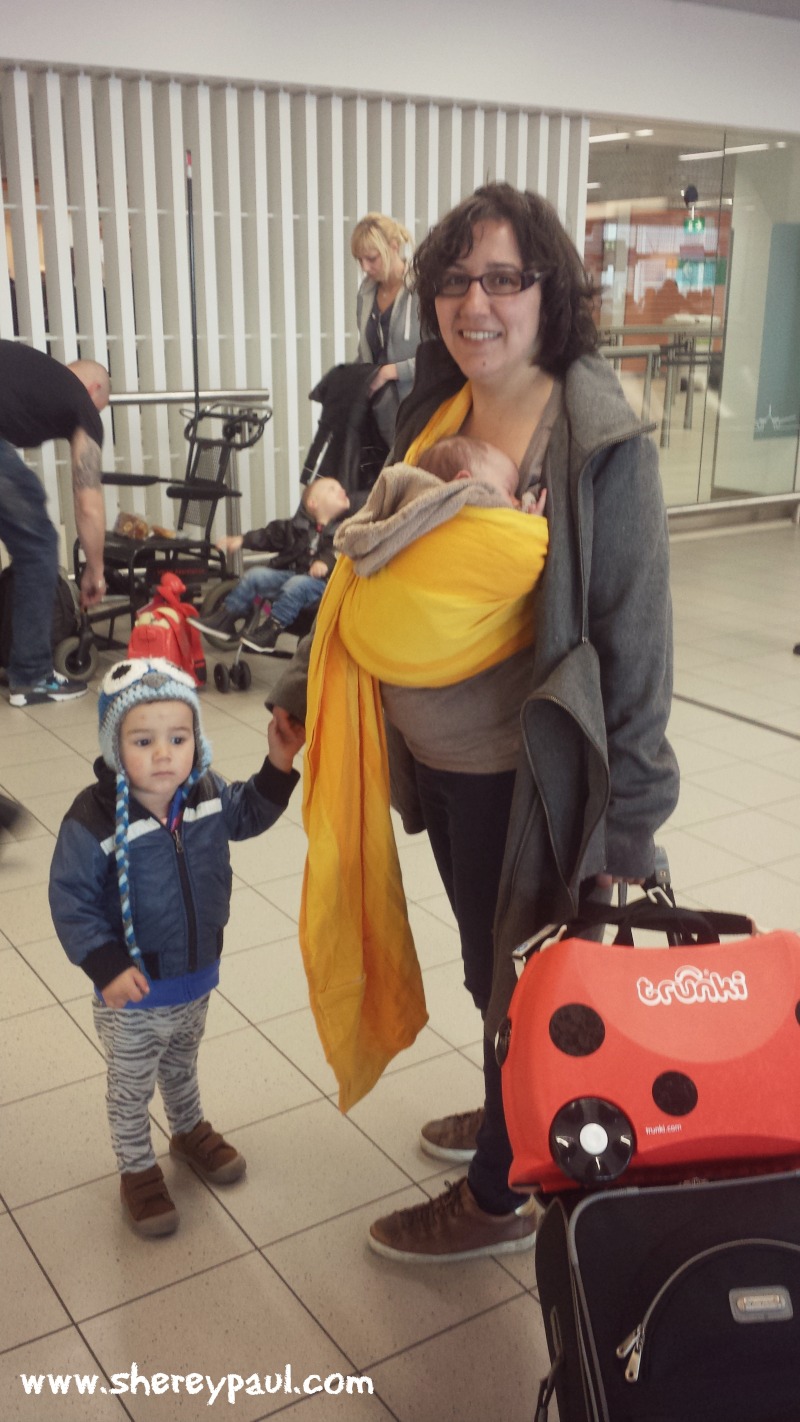 I didn’t have any food with me, as with KLM you get a warm snack on board, I decided to go back to the restaurants area. With our 5€ voucher we bought some drinks and snacks at the burger king and Liam spent the time in a play area. We went back to the gate and we have the first “why am I doing this alone?” moment: Mika was in the ringsling and I had to change the diaper of Liam. No so much of an issue, if the toilets weren’t have been downstairs. I asked the stewardess at the gate to watch our luggage and that wasn’t a problem. Fine! While changing the diaper, Mika started to cry and within seconds I had three women offering some help. Should I let a stranger change my son’s poo diaper? You bet I did.

Once in the airplane, we were all tired and the two little ones felt soon asleep. I used the ringsling as a blanket as it was pretty cold. We landed at 23:15 in Madrid and I was afraid Liam wouldn’t want to wake up and walk to the exit, fortunately I didn’t have to show my (not yet so good) double carry skills (I had second carrier for him) as he woke up when the stewardess gave him cookies. We had a long day, but we arrived fine!

The flight back left on time, however we had “poo alarm” just before taking off. So I hurry up to change Liam (I handed Mika to one stewardess) and in the moment I was back to my seat, Mika decided to poo as well. Puff!! one more time to the toilet. And you’re not going to believe it, but as soon as I sat again, he had to poo again!! By that time the airplane was starting its way to the runaway, so I had to wait to be in the air in order to change him again (I try to avoid this as you don’t know when you will get turbulences). I think the woman sitting in the aisle wasn’t amused with all the times she and I had to stand up 😀

TIP for those travelling without children: ask to be seated somewhere else if there’s any free seat. On all the other flights, we didn’t have anyone sitting next to us.

Our third flight (Amsterdam – Madrid) was sooo easy in comparison with the previous time. No delays and two sleeping children as soon as we took off.

The flight back was a hard one as it took off at 6am!! I know it’s my own guilt and I shouldn’t have bought such an early flight. I packed everything the night before and I put children to sleep with the cloths they will wear on the plane (I always do this when we have to leave really early). My alarm clock was set at 4:15 am and we were at the airport just before 5am. I was afraid that I would have two sleepy babies, but the were awake in the airport and felt asleep in the airplane again. The funny part of this flight was that Mika had a poo explosion and I was finishing changing his cloths when the plane started its way to the runaway. We made it back to our seat just in time to fasten the seat belt 🙂 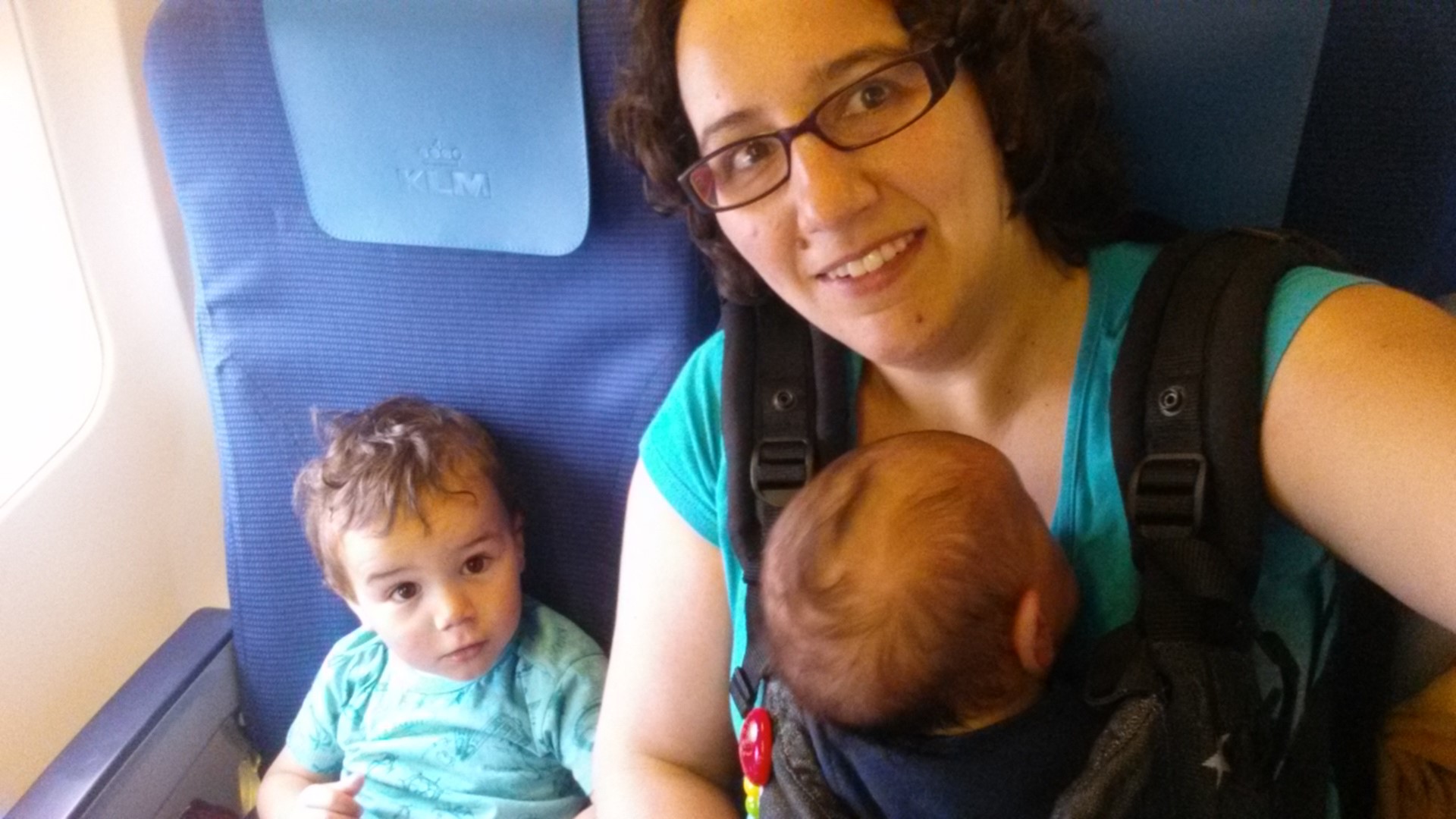 And here are my takeaway from flying alone with a baby and a toddler:

Have you ever flown alone with your children? What are your takeaways? 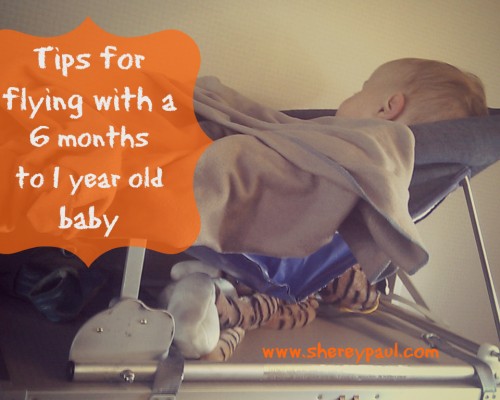 Tips for flying with a 6 to 12 months old baby 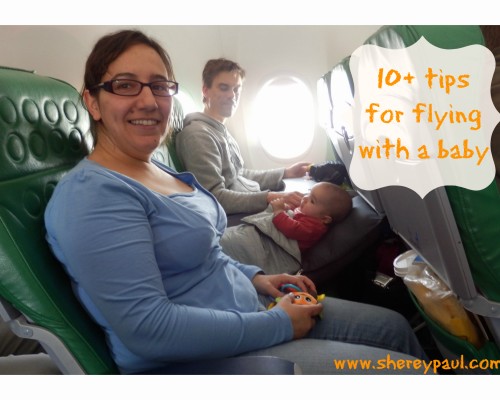 Tips for flying with a baby